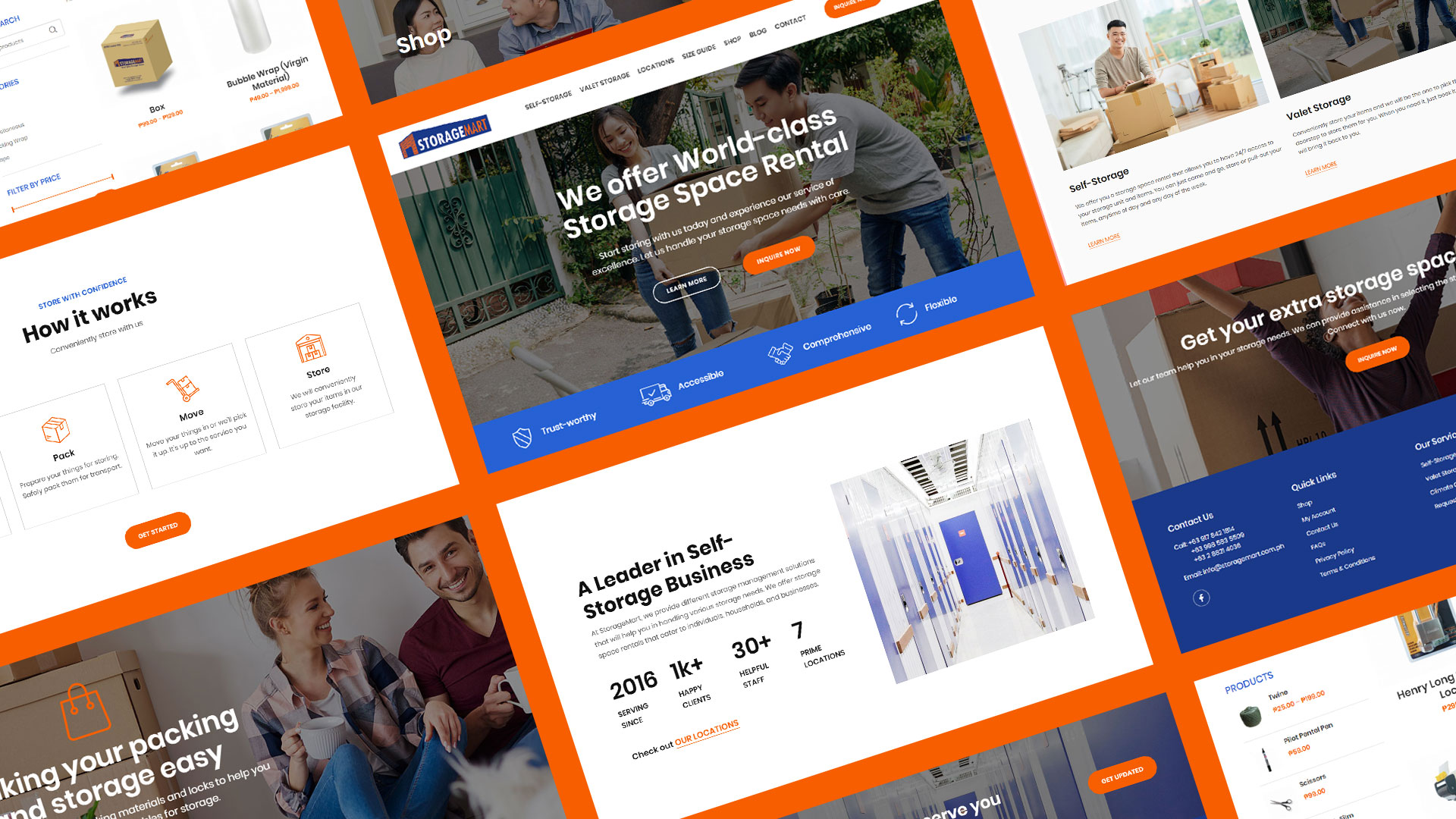 StorageMart is a provider of self-storage facilities with moving and packing services and essentials. They have different locations across the metro servicing businesses and even homeowners. 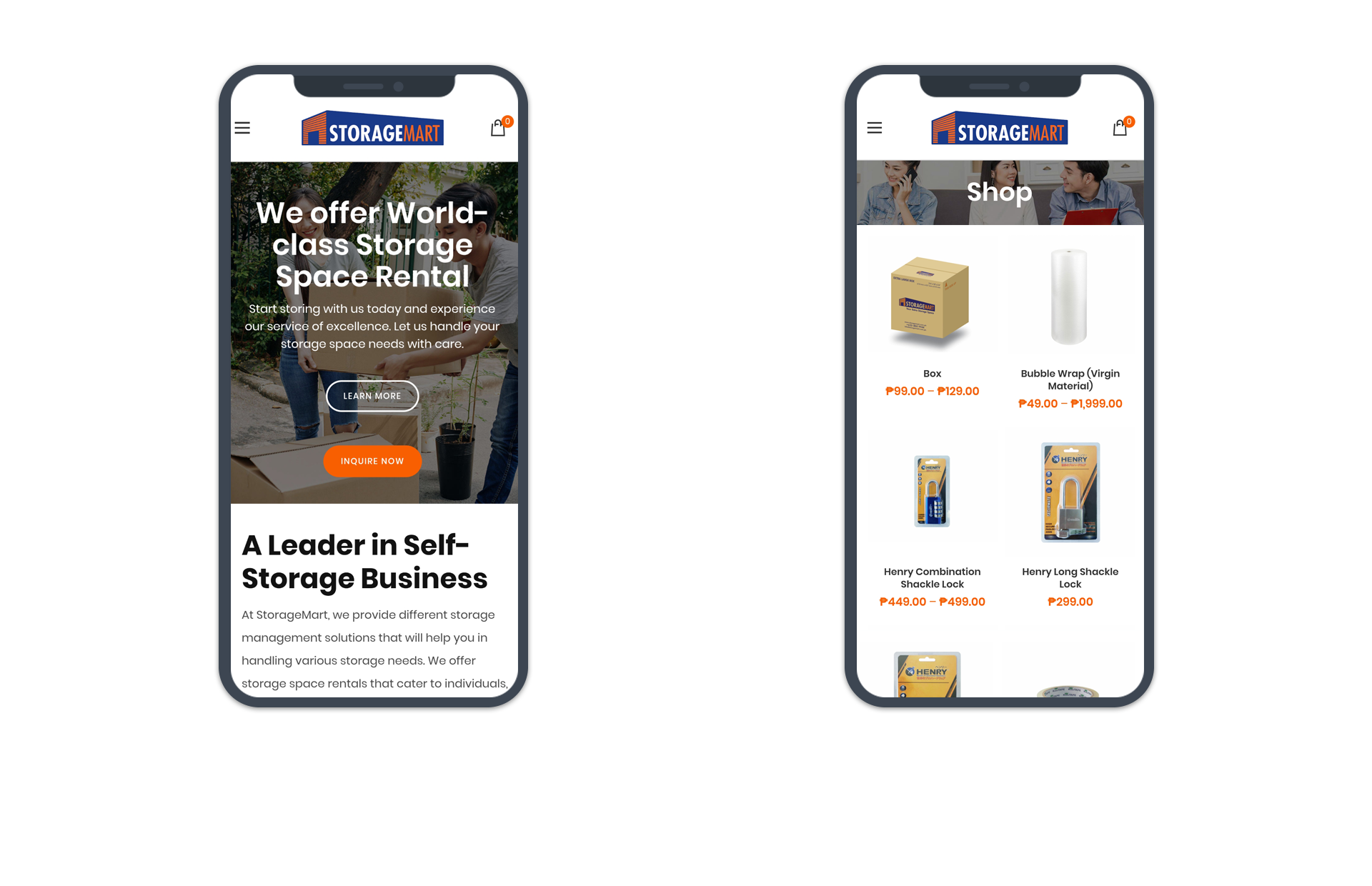 How We Helped Them

We created for them a mobile responsive e-commerce website that will help them educate and serve their customers with ease. We are also helping them in their digital marketing efforts through the services of SEO, SEM and SMM, to increase their brand awareness and drive in more leads. 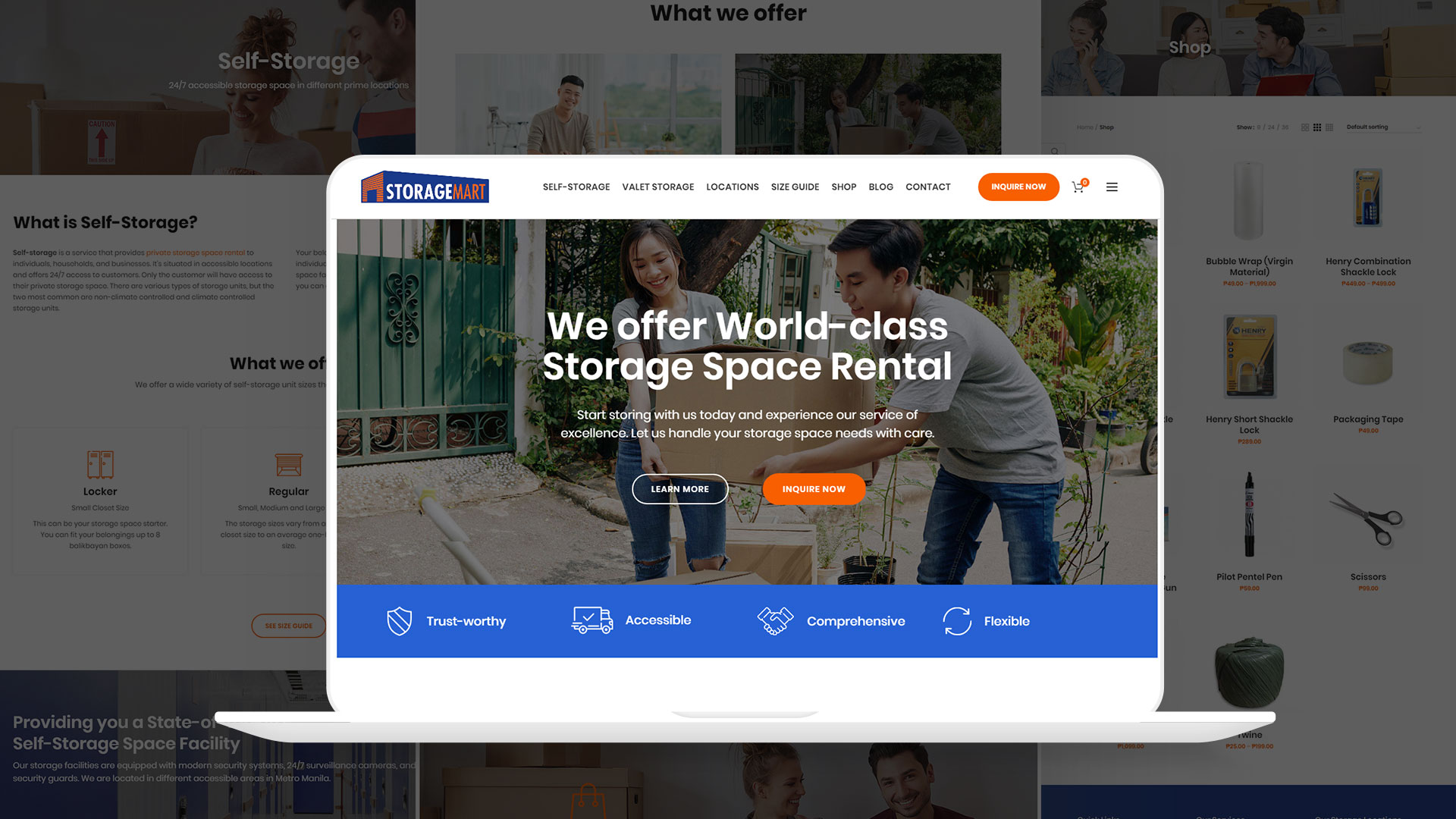 The continued growth of percentages from the starting month up to the first year shows good indications that the marketing efforts raised to improve the brand awareness and lead generation of StorageMart on social media are working.

Aside from the SMM of StorageMart, we are also helping them with their Search Engine Optimization. We have gathered the data of StorageMart’s SEO performance, highlighting the percentage of increase in the organic search, users, and pageviews from the starting month up to the first year. The following data that will be shown are all in comparison to the percentage of increase from the starting month of our SEO campaign for StorageMart.

All the percentage of increase shown in the data indicates the improvement of StorageMart’s SEO performance and the effectiveness of the SEO campaign which was specifically designed and planned for them. 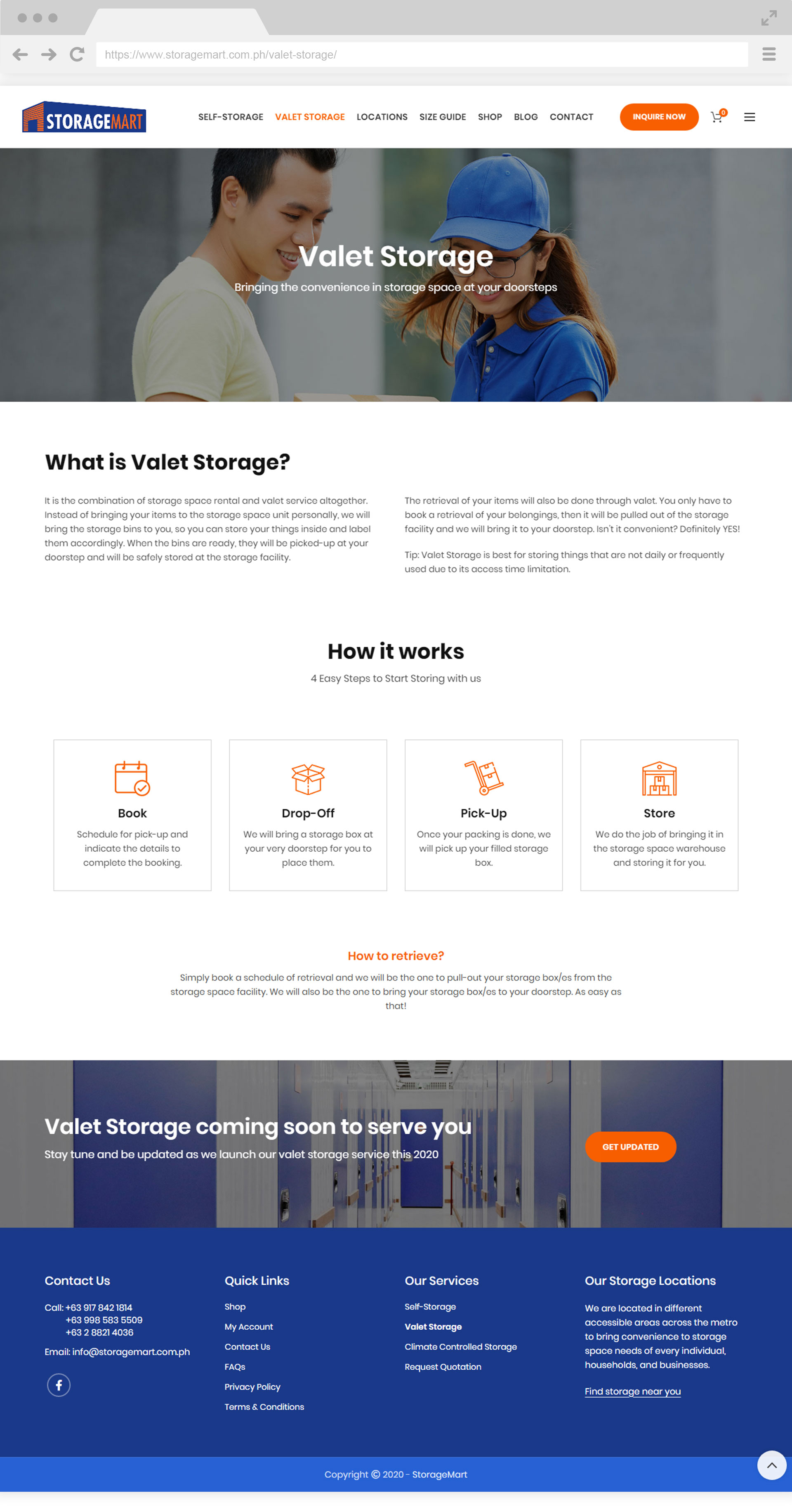 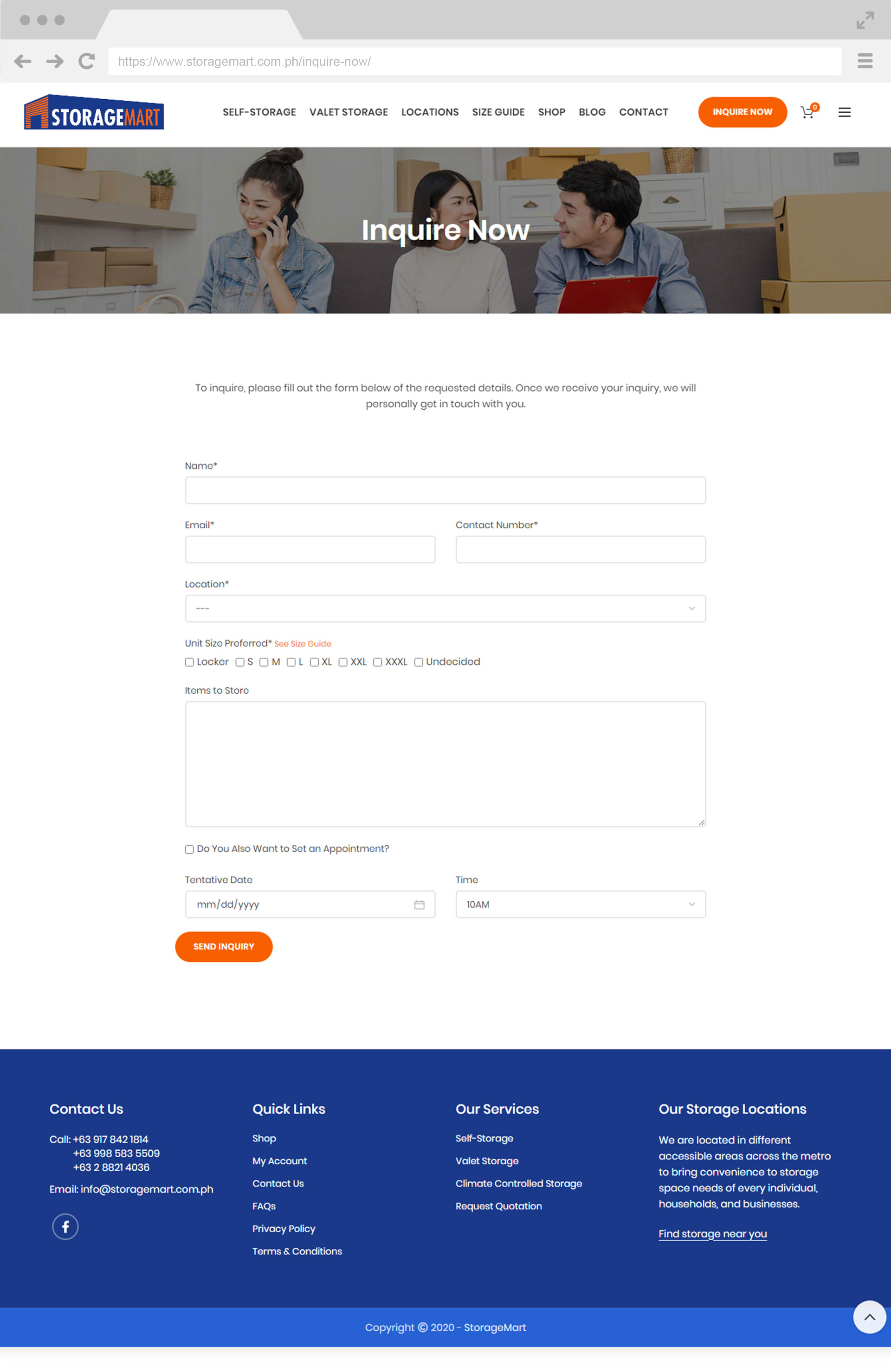 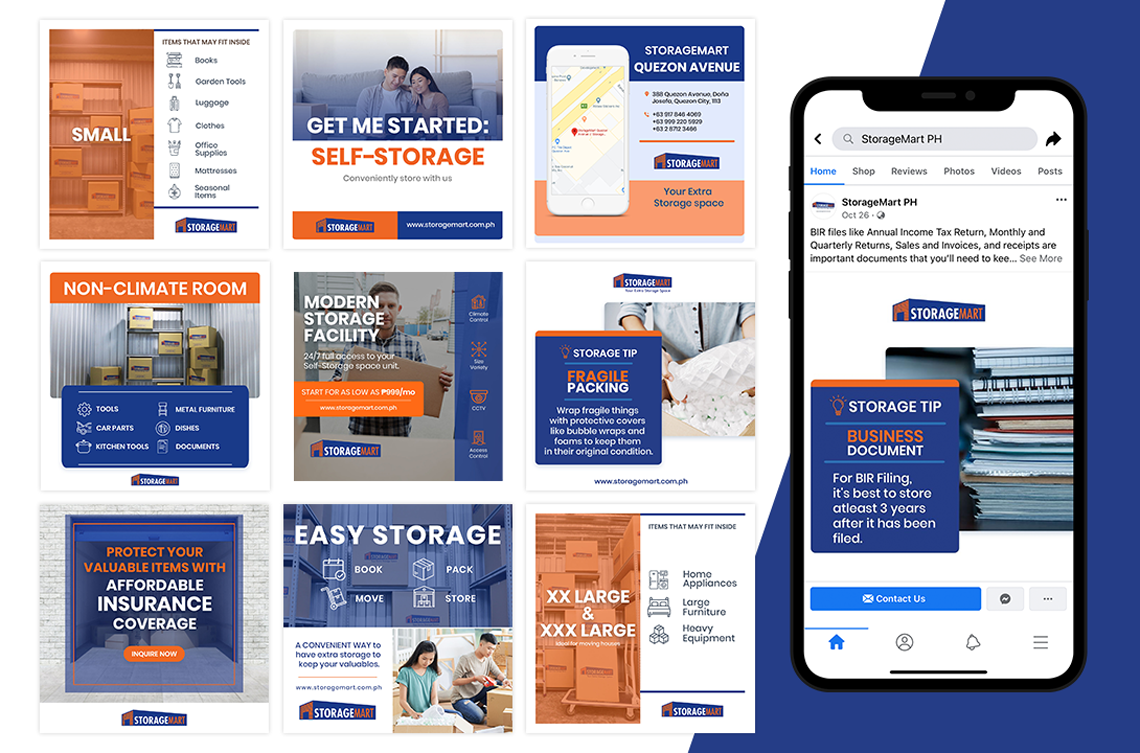